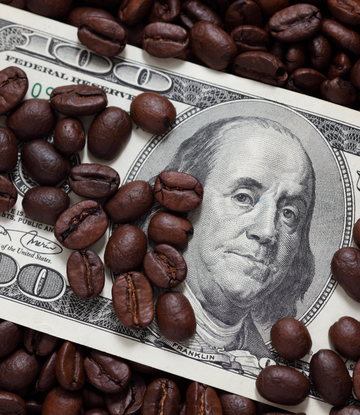 Coffee farmers in Brazil -- the world's leader in coffee production -- experienced bad weather last year with both drought and frost that left some with nearly half of the arabica beans as usual. Brazil will produce 35.7 million bags of coffee in the 12 months starting in July, analysts told the newspaper. In contrast, two years ago the country produced a record 48.7 million bags of beans. Read more here.